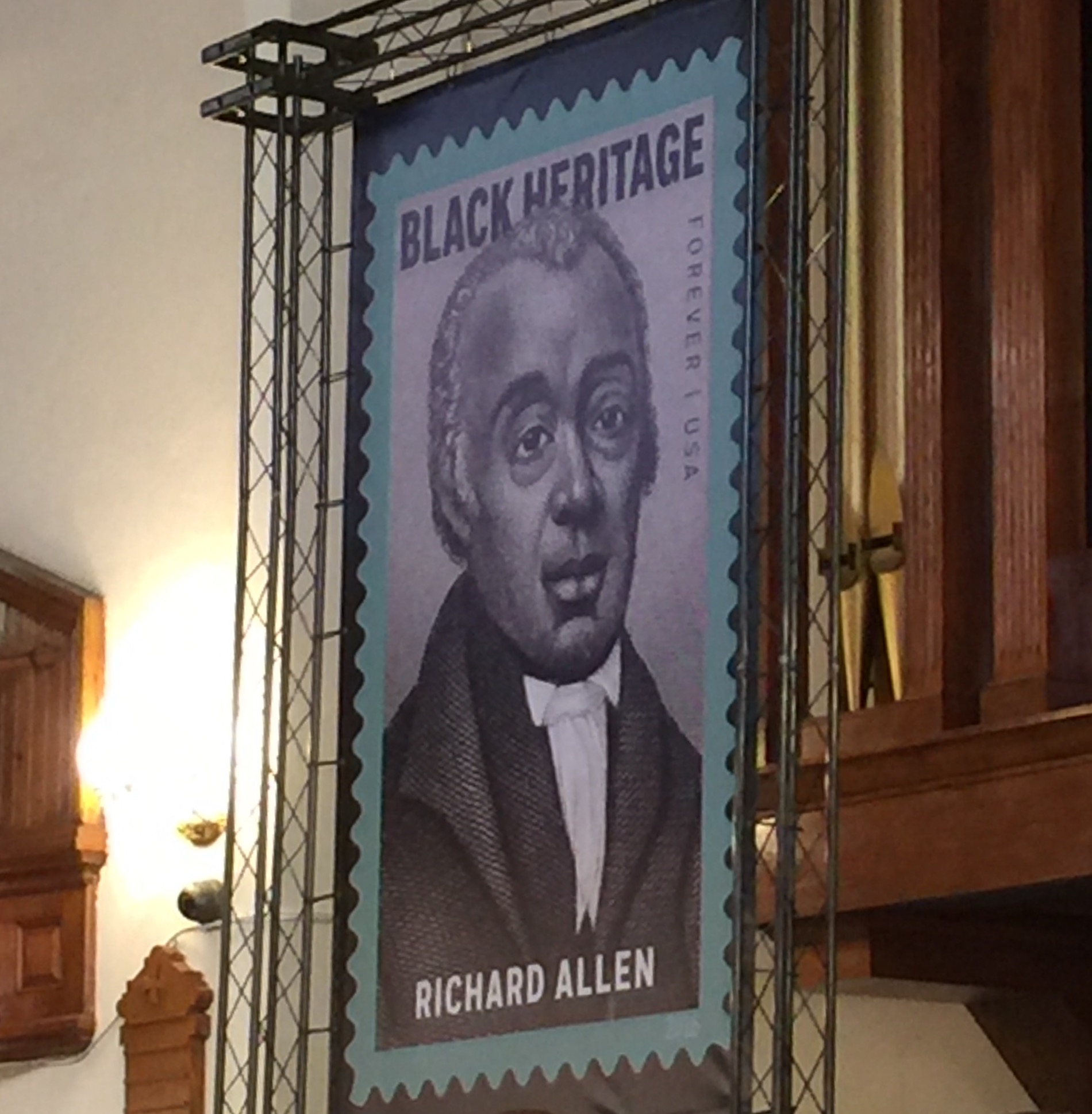 Philadelphia, PA, February 2, 2016: Black History month started strong when the “Forever” commemorative stamp was unveiled and dedicated to the life and witness of Richard Allen (1760-1831), founder and first bishop of the African Methodist Episcopal Church (AME).
…

After purchasing his freedom, Allen quickly made a name for himself as a traveling minister throughout the mid-Atlantic region. Settling in Philadelphia he was asked to preach to his fellow African Americans at St. George’s Methodist Episcopal Church. He quickly rose to prominence co-founding a self-help organization called The Free African Society to assist African Americans in need. He later rallied black Philadelphians to serve as aid workers in the city’s devastating yellow fever epidemic.
When racial tensions and hostilities stemming from increasing segregation boiled-over at St. George’s Church, it became apparent that the growing black membership Allen had gathered would be best served as an independent congregation. In America’s original civil rights movement, Allen led black congregants out of St. George’s. He purchased an old blacksmith shop and moved it to land he owned about a mile away. Bethel Chapel was dedicated in 1794 and soon attracted several hundred members.
Read the full story and pray for our continuing struggle to welcome ALL persons.
newsreflections