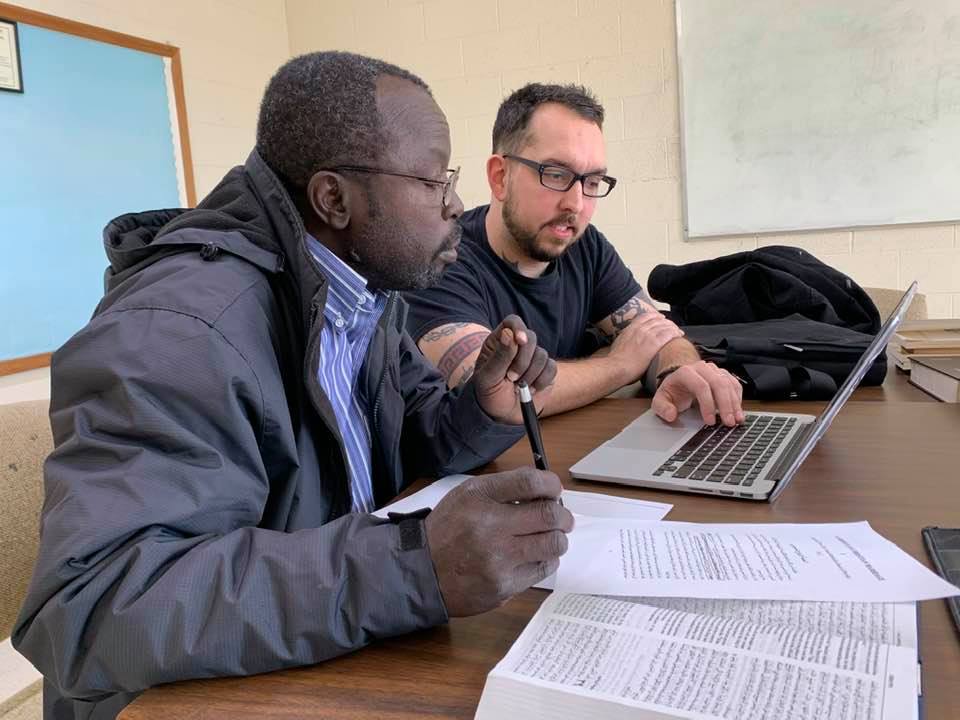 ... Tutu and Trexler have a list of more than 40 churches in Khartoum, Umdoreen County, and Thogo County in Sudan -- and a refugee camp in Egypt -- that Tutu says have leaders desiring to be part of the United Methodist connection. At least two of the churches have 4,000 or more worshipers, he says.

“People there are trying to find the right church that believes in Christ,” Tutu says. “I tell them about John Wesley, and they say, ‘When you come, make sure you bring the book of worship.’”

In addition to preaching, Tutu plans to meet with and train about 50 pastors to use the Arabic worship book.

A native of the Nuba Mountains in Sudan, Tutu came to the United States in 2001. In the 1990s, he was arrested by extremists for preaching about Jesus and establishing Protestant churches in his war-torn nation. He still has scars from the beatings he suffered.

He escaped captivity, reunited with his family, and was eventually resettled in the U.S. by UMCOR and Bridge Refugee Services.

At his new home in East Tennessee, Tutu started a house church for Sudanese people that grew so large, Green Meadow United Methodist Church gave the congregation a permanent residence in 2012. In June 2016, Tutu completed his studies to become a United Methodist licensed local pastor.

Tutu has not visited his homeland since 2016. When he goes next week, he will be returning to a nation that is overwhelmingly Muslim, compared to South Sudan, which is largely Christian.