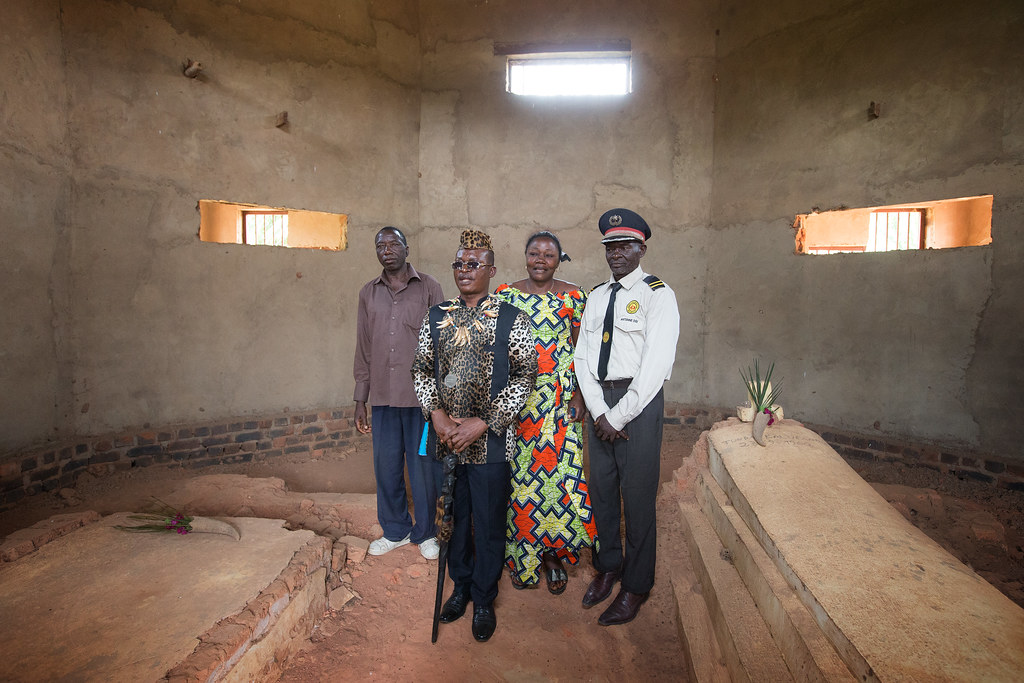 In 1922, Chief Tunda Kasongo Luhahi welcomed the first white Methodist missionaries to his village of Tunda. In 2015, his grandson, Prosper Tunda, warmly welcomed another group of visiting United Methodists to the same spot.
Those first missionaries, Ansil Lynn and his wife, with their young child, arrived on March 10, 1922, and got right to work. They held the first worship service on a dirt path that they helped hack through the vegetation to create.
The Catholic Church was already established in the area, said the Rev. Kalema Tambwe, pastor of Kasuku United Methodist Church in Kindu. However, United Methodism has flourished since then, and today’s chief, Prosper Tunda, is so loyal to The United Methodist Church he declares he will not let another denomination open a church in his district.
The United Methodist Tunda District in the East Congo conference includes 68 local churches served by 72 United Methodist pastors.
The district covers a lot of ground, most of it inaccessible by automobiles.
Read the full story!
mission