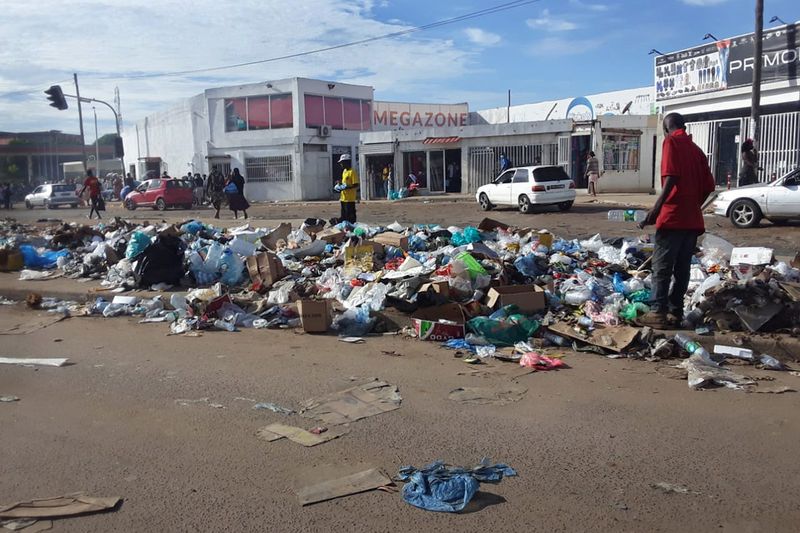 Garbage piled on the median overflows onto a road in Luanda, Angola. A waste-collection crisis in the province intensified when the Provincial Government of Luanda suspended contracts with the companies that performed the service. Photo by Augusto Bento, UM News.

More than a thousand United Methodists of the Angola West Conference mobilized recently in Luanda, the capital, for a massive cleanup campaign throughout the city.

“Methodists are called to do good to everyone and at all times,” he said. “We cannot live with the garbage that surrounds us, so as not to feel like garbage, too.”