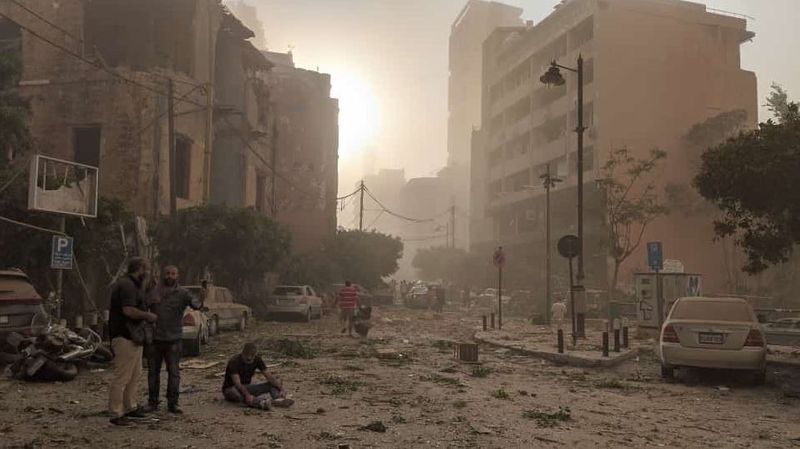 The people of Beirut, Lebanon, are attempting to rebuild their lives and livelihoods after the port blast that destroyed much of their city this summer.

The economic, political and civic crises that had beset Lebanon in recent years were tragically amplified on August 4, 2020, when a hangar at the Port of Beirut ignited, detonating an estimated 2,700 tons of stored ammonium nitrate.

The Beirut blast killed at least 180 people, injured 6,500 and left some 300,000 people homeless. More than 70% of city’s buildings were impacted by the explosion, with estimates of up to $15 billion in damages. In densely populated Beirut, some 100,000 people lived within a mile radius of the blast. Shock waves tore through buildings and windows, making shrapnel of flying glass and debris.

The United Nations began mobilizing assistance to Lebanon soon after the blast, calling on international relief organizations for help. To date, UMCOR has provided several grants to existing and new partners in the region to aid in the process of relief and long-term recovery.

The Middle Eastern Council of Churches received an UMCOR grant to provide immediate assistance in the form of water, sanitation, and hygiene items (WASH) and food to affected communities.

“They are a fixture for relief in the community and have plans to coordinate with other organizations in the area to support the immediate needs of disaster-affected people,” said Katie Hills Uzoka, program manager for UMCOR’s International Disaster Response unit. “MECC has the resources and connections to effectively manage both large- and small-scale projects.”

UMCOR worked with two additional grantee organizations for the first time – both of which came highly recommended. The Forum for Development, Culture and Dialogue received a grant to provide two months’ worth of food assistance for 75 households totaling 375 people, as well as psychosocial support for vulnerable children and adults affected by the explosion. This includes direct individual support for 16 children and two workshops for 40 children and adults.