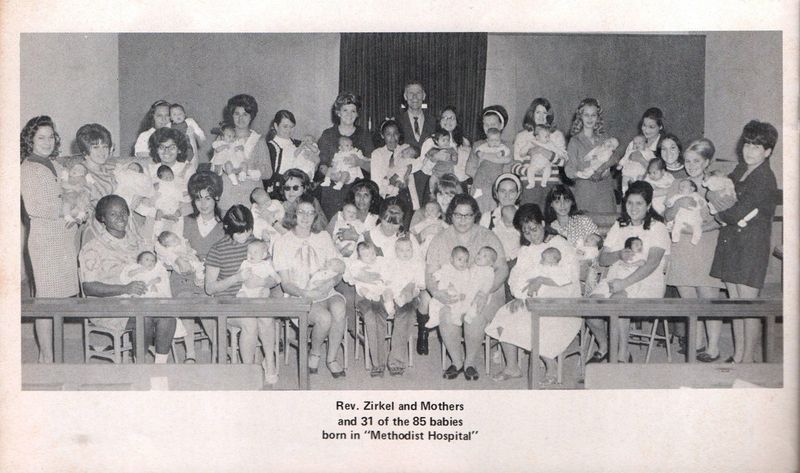 Fifty-two years ago, in the immediate aftermath of Hurricane Celia, First United Methodist Church of Aransas Pass, Texas, became the temporary hospital for its battered community.

Pneumonia and other serious illnesses got treated there. Surgeries were performed. Ambulances came and went.

And while historical accounts vary, either 85 or 86 babies — including three sets of twins — were born in Sunday school rooms converted to delivery rooms, all within wailing distance of the sanctuary.

Angelina “Angel” Childs’ mother gave birth to her in one of those rooms.

“She named me ‘Angel,’ being the fact that I was born here,” Childs said in an interview at the church.

On Aug. 14, First United Methodist Church of Aransas Pass held a reunion service and luncheon, commemorating the four-month stretch when the church filled in as the community hospital.

Tempted in the Garden