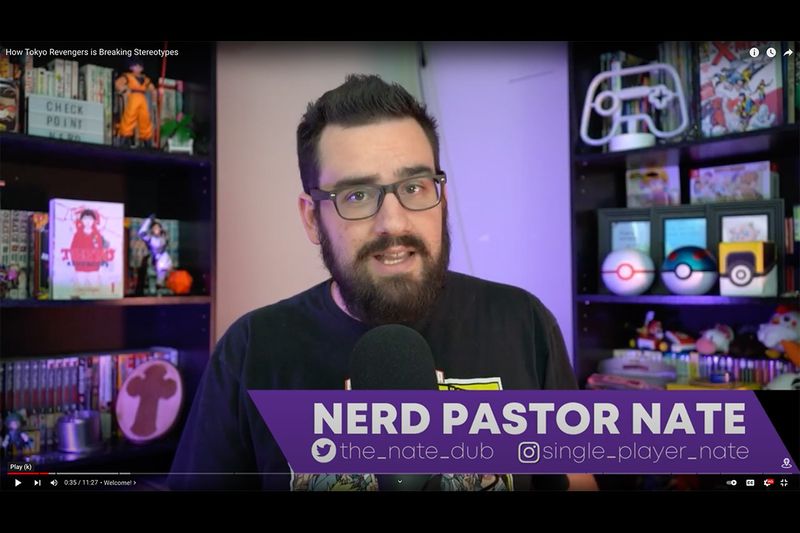 As the world develops and changes, churches are embracing those changes and adapting in order to reach a new generation.

Checkpoint Church in North Carolina is one of those … sort of. While its pastor, the Rev. Nathan Webb, founded and operates the creative ministry out of Denver, North Carolina, the church has no actual physical location — by design.

Checkpoint, which describes itself as “the church for nerds, geeks and gamers,” began in 2020 and is totally based online, utilizing social media platforms to build community.

“Currently, we are found on Twitch for our livestreams, on Discord for our day-to-day communal stuff, and on YouTube for our closest comparison to 'worship' every Sunday,” said Webb.

Operating in multiple spaces for different kinds of engagement allows the ministry to evolve and develop with the needs that are brought into the spaces.

Webb, who calls himself a “nerd pastor,” uses the streaming platform Twitch for reaching out to new people, leading conversations about recently released games and other nerdy topics. These streams can have as many as 450 people watching and participating.

The church’s Discord, a community platform and app, currently has around 100 active members. He said he wants to establish a yearly physical meetup — much like comic book and gamer conventions — but that event is still in the planning process.

A preacher’s kid, Webb was originally reluctant to pursue ministry.

“I tried for years to run away from ministry,” he said, “but God kept tapping my shoulders since I was 9 years old.”