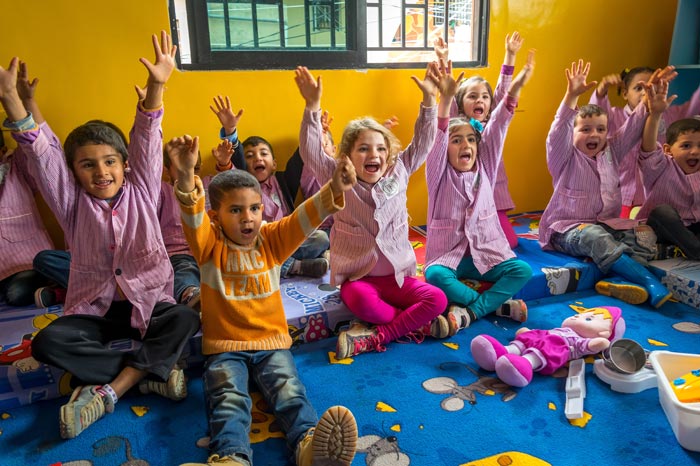 For Palestinian Syrian children in two refugee camps in Lebanon, life has just gotten a little brighter. The United Methodist Committee on Relief (UMCOR) and American Near East Refugee Aid (ANERA) have partnered to redo the children’s preschools from top to bottom.
ANERA repaired, repainted and refurnished the preschools in Burj El Barajneh and Ein El Helweh camps, with grant support from UMCOR for ANERA’s Early Childhood Development work. Now UMCOR has provided new funding to ANERA to renovate two more preschools in other camps.
These camps are the temporary home of Palestinian Syrians who fled the violence in Syria, now burning through its fourth year. Over time, the enormous flow of refugees has caused the preschools in the camps to become crowded and the need for repairs and upgrades urgent.
Read the rest of the story.
mission