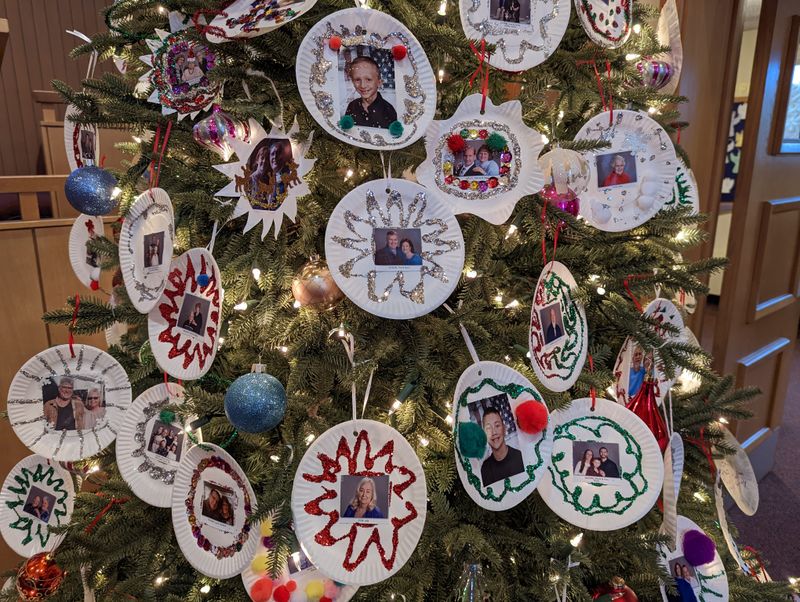 Although our active service as clergy under appointment at the Church of the Good Shepherd in Newport, New Hampshire, ended in 2016, we continue to be part of the Church Family here through our prayers, presence, gifts, and service in whatever ways these offerings might be needed. Our Charge Conference membership continues at Christ Church, Mountaintop, where Jack served as pastor from 1975-1985.

Nancy is in her sixth year of service as the Organist at Good Shepherd, although she has been on leave since the end of July, because of major surgery on her right shoulder for repair and re-attachment of four torn tendons. The surgery was far more extensive than originally anticipated, and she has only slowly begun to regain motion and strength from shoulder to fingers. Congregational singing for worship did not return to New England Conference churches until mid-2021. From Palm Sunday through the last Sunday of December, worship is in the Sanctuary, with music led by the 1919 Moeller pipe organ.. From January until the week before Palm Sunday, worship is moved to the Vestry, with music led by the piano. During the past year, Nancy assisted in one funeral of Good Shepherd’s Church Family. She has continued to serve as Chair of the Board of Directors for the Newport Area Association of Churches, which has primary oversight of the Newport Food Pantry. During the pandemic, the Pantry continued to offer food assistance to Newport and the eleven surrounding towns;. Usage has increased in recent months, and the Pantry’s outreach has been tailored to emerging needs in these communities. Nancy’s involvement with the NAAC leadership continues to be her primary area of ministry.

The past year has been one of change and of slowing down for us. We have both been able so far to avoid contracting the Covid virus, in any of its iterations, but in other ways, our health has become a matter of daily vigilance. Jack underwent a lengthy diagnostic process at Dartmouth-Hitchcock Medical Center in Lebanon, New Hampshire, and learned during the early months of 2022 that he is in early-stage dementia. This diagnosis confirmed his own perception of difficulties in remembering events and people and has led to changes in the ways he by himself, and both of us together, conduct each day’s activities. Jack has acquired a hobby of creating assemblages of interestingly-shaped pieces of wood and local rocks, adorned with silk flowers and foliage. He uses a cane when outside the house to help him to remain stable and upright. Jack has had no in-person ministry involvement in terms of Word, Sacrament, Order, and Service in the past year.

Early in October we acquired an eight-week-old, black long-haired miniature dachshund puppy, whom we named Queen Elizabeth (a.k.a. Lizzie), because we chose her from the litter on 9 September 2022, the day after the Queen’s death. She joins Winifred Holtby (a.k.a. Winnie), who is now 8 ½ years old, and who had been lonely as an Only Dachshund since the death early in 2021 of her companion, Beatrix Potter. Lizzie is our tenth dachshund in a long line of pups that began in 1978, when we were in Mountaintop, with Agatha Christie. The pups are wonderful companions and skilled nurses who keep track of both of us and seem always to know when there is a need for a warm little body to snuggle up against us. The pups love the peace and quiet here, as do we; they have the run of our property and of the dirt roads that provide boundaries on two sides. As long as the chipmunks run faster than the pups do, life is good.

The Church Families of both Christ Church and Good Shepherd are dear to our hearts. We send warm greetings to all who are part of the Annual Church Conferences in both places.

*Translation: Let us pray for one another, Under the Mercy.