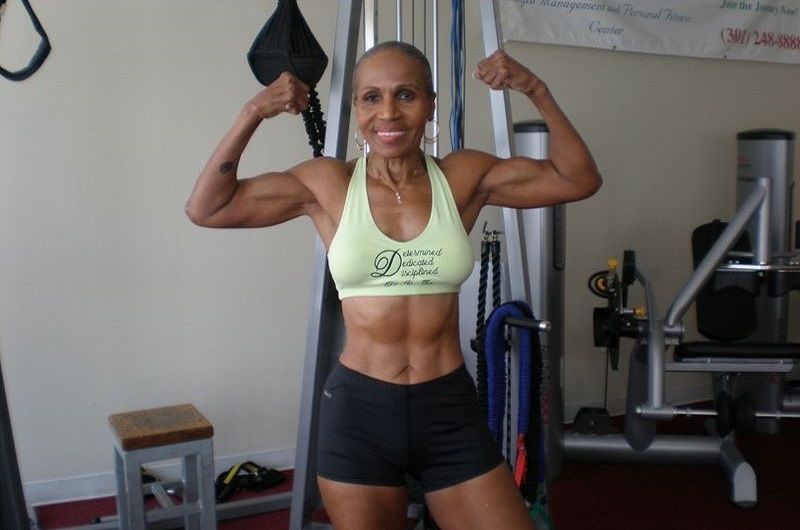 A UMC.org feature by Crystal Caviness

“Determined, dedicated, disciplined” is the mantra that Ernestine Shepherd lives by. This 84-year old body builder, who holds world records and recently added a Beyoncé video cameo to her resume, exudes strength and confidence.

Known for her spunk and candor, the lifelong United Methodist speaks openly about her struggles with anxiety and depression.

Shepherd’s fitness story, which began at age 56, is legendary.

Shepherd and her big sister Mildred “Velvet” Blackwell, who was one year older, embarked on a move to shape up after being dismayed at how they looked during swimsuit shopping. The sisters started eating healthy and exercising, including lifting weights at a local gym. Blackwell’s goal was for her and her sister to become professional body builders as a way to inspire others to get in shape and be healthy regardless of age.

One year later, Blackwell became suddenly ill.  Before dying from a ruptured brain aneurysm, she made Shepherd “pinky promise” to continue working toward their goals.

Although Shepherd vowed that she would keep working out, her older sister’s death severely sidelined her.

“I was the meanest, ugliest person you’d ever meet,” Shepherd admits about how she acted following her sister’s death. “I hated everybody. I didn’t want to be around anybody.”

Thanks to Sally for recording this crazy event at the Blood Drive and Pastie Sale.