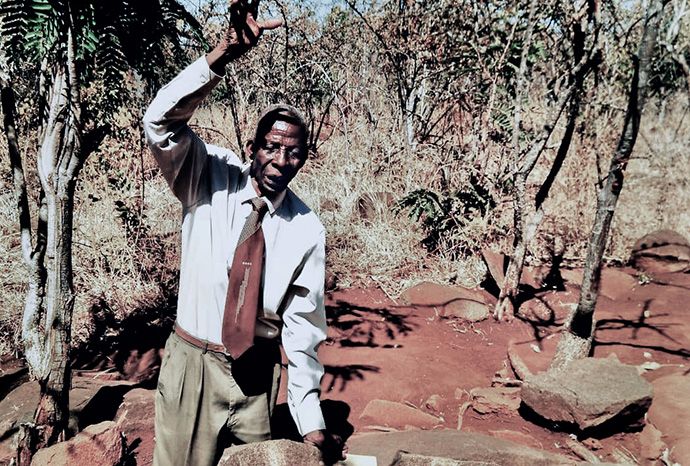 Stirring Up Faith at 112

Mincing his steps and staggering as he ascends his prayer shrine, centenarian Joel Makombe recounts his journey of faith.

A Methodist for over 85 years, Makombe said he is 112 years old, although the dates on birth records are often estimates prior to Zimbabwe’s independence in 1980.

The prayer shrine is a stone’s throw away from his home in Hoyuyu, about 75 miles northeast of Harare.

“My first spiritual experience was during a revival at Chanetsa. I saw vivid images of what I considered the face of God on all sides, and whenever I come to this shrine, I see and hear more of God than ever,” he said.

At the humble site with a few rocks marked with a cross, Makombe has had spiritual moments that he describes as “God-encounters.”

“In the midst of a dry season, we went up this hill and the miracle happened: There was a downpour of heavy rains,” he said of one such experience.

Thanks to Sally for recording this crazy event at the Blood Drive and Pastie Sale.