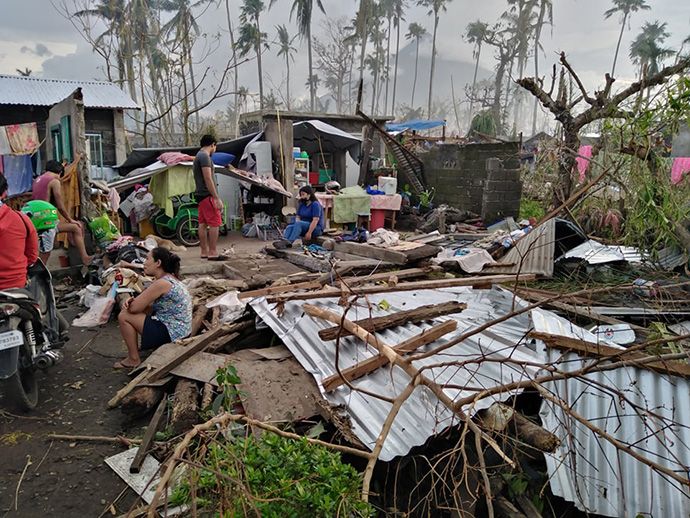 Filipino United Methodists are picking up the pieces after three strong typhoons pummeled the Philippines in less than three weeks.

The latest, Typhoon Vamco (Ulysses), rolled through Nov. 12, leaving millions without power and many stranded on the northern island of Luzon. Major flooding affected Metro Manila and its suburbs.

The Rev. Fely Dela Cruz, district superintendent from the Metro District of the Rizal Philippines East Conference, said San Mateo United Methodist Church has 200 evacuees, and she is continuing to seek updates from leaders and laity from other churches within the Marikina area, noting that many of the roads are impassable.

“United Methodists are still on the roof waiting for rescue,” she said.

The Rev. Michelle Dela Cruz, district superintendent of Aurora in the Middle Philippines, said her area has been devastated.

“So many houses were damaged. The towns of Baler, Dipaculao and San Luis were severely damaged,” Dela Cruz said.

She said she helped rescue children whose houses are by the river. “The kids are now in the district parsonage,” she said, adding that there are six children, with the youngest only 11 months old.

... “This year may be a series of disasters for us, but let us not lose hope. We are still blessed in many ways and can even be a blessing to many in need. Let us continue to be one in prayer, hearts and hands to help those severely impacted by these calamities.”