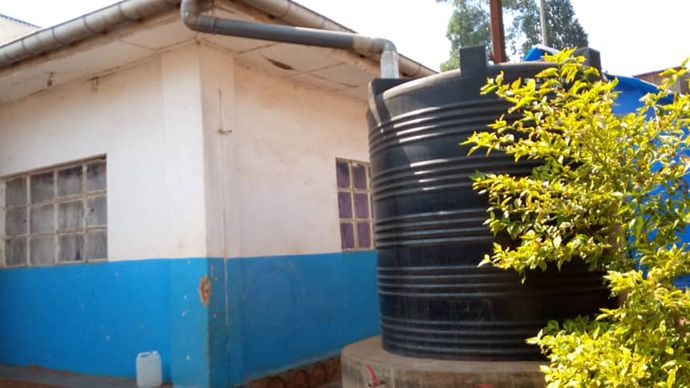 The United Methodist Church has installed rainwater-collection systems at three of its health facilities in the East Congo Episcopal Area, a move that is being hailed by pregnant women and new mothers who often had to walk miles to fetch water after giving birth.

The project, which benefits hospitals in Bukavu, Goma and Osio village, was funded by a $7,800 grant from the United Methodist Committee on Relief.

The rainwater systems were installed in June.

“The goal is to fight infectious diseases in hospitals,” she said, adding that a lack of water complicates efforts. The new systems will save lives every day in East Congo, she said.

According to the Congolese Ministry in charge of sustainable development, only 38% of the population has access to clean drinking water in urban areas, and that number falls to 17% in rural areas.

The shortage affects United Methodist facilities and is especially difficult on maternity patients.

“(Some United Methodist clinics) are in places where water is scarce,” said Dr. Damas Lushima, general coordinator of health for the episcopal area. “The woman who has just given birth is called upon to travel miles to fetch water while she is still in the maternity hospital.