02.Jun.2014 . 2 min read
Khozhamuratov Kanat
Check out the full story!
“But you will receive power when the Holy Spirit comes on you; and you will be my witnesses in Ushtobe, and in all Kazakhstan” (Acts 1:8).
“Carry each other’s burdens, and in this way you will fulfil the law of Christ” (Gal.6:2). 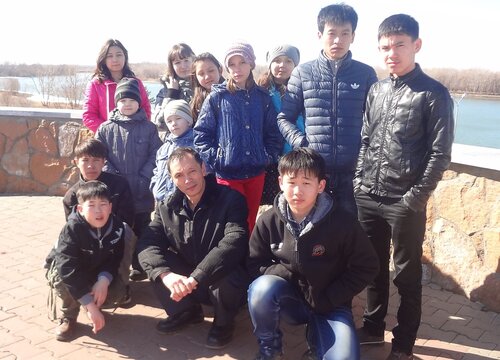 As early as in autumn of 2013 God put me on heart the idea to „carry the burdens“ of our brother, pastor Alexander Mikhailov, and to give testimonies about our faith in Pavlodar UMC, the place of his ministry. I started to pray and ask God: “how can I fulfil this plan?” God has answered through the mouth of Bishop Eduard Khegay that there is a way to help. Once the details of the project were discussed with the parish, we started to pray and prepare the ministry in Pavlodar. God, on his side, helped us to create a team of youth leaders. In March, during the spring school holidays we set off. The trip and the common goal made us even more united.
In Pavlodar we were warmly welcomed by pastor Alexander Mikhailov. We stood overnight in a dorm and started our mission. During the Sunday service we all joined in praising our Triune God. After the worship we talked and visited the members of the community and stood awake till late. Next day we had another service and then spent the time with the people from the dormitory. 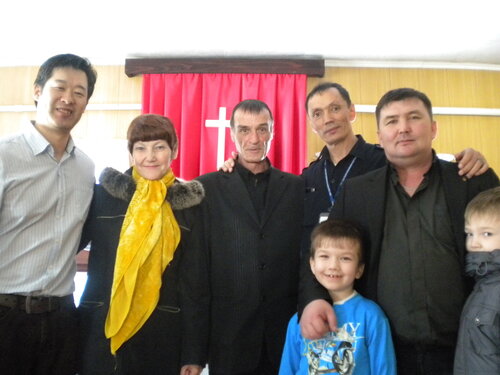 Pastor Alexander and the members of the community were genuinely thankful for the missionary service of Ushtobe youth leaders and prepared a great dinner for us.
The bible says: “The labourer deserves his wages” (1 Tim.5:17-18). That is why on the third day of staying at Pavlodar we had our ministry mixed with some entertainment activities. The young people from Ushtobe and Pavlodar had a walk around the city, watch a movie in 3-D and ate out. In the evening we were back to the dormitory, talking to the people. Early in the morning the pastor Aleksander saw us off at the train station and we took the train Pavlodar – Almaty back home. 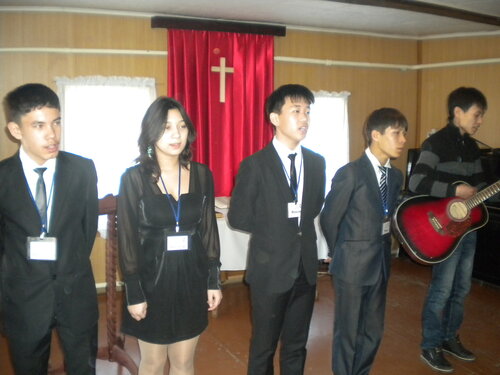 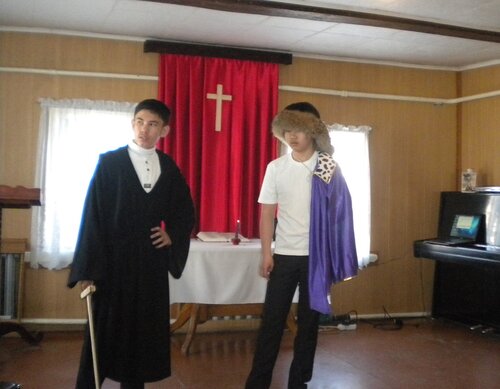 To draw the conclusion, I may say that the goal of the trip was reached – we have served our neighbours for gaining and strengthening their faith. There were also some difficulties on our way – two families were not able to receive us at their place, though we have agreed to visit them ahead of time, however, we keep praying for them.
The Ushtobe community has also received the grace of God, as a new youth group was formed and strengthened. We plan to practice similar ministries in Kazakhstan and abroad. 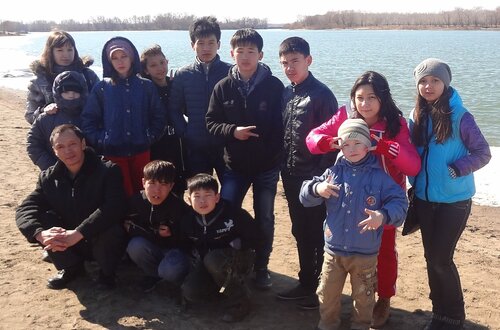